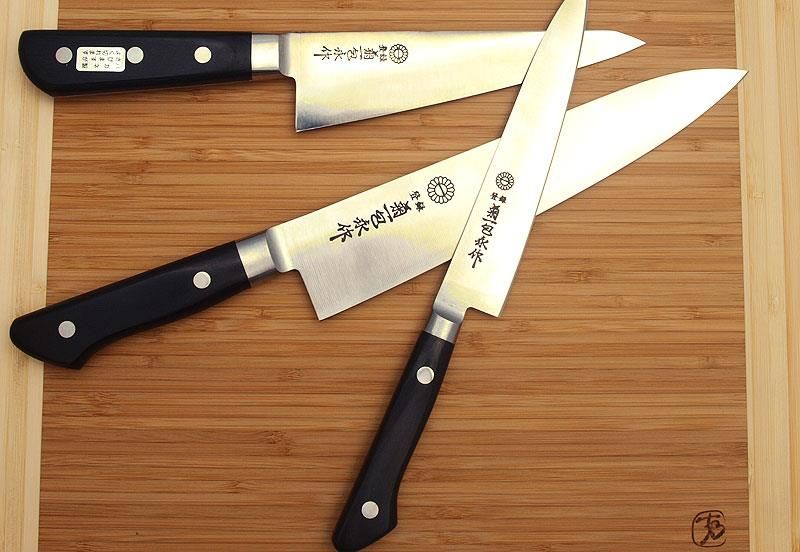 We’re pleased to announce the addition of Kikuichi Cutlery to our product line!

Kikuichi Cutlery, established in the 13th century, began as a producer of samurai swords. Shiro Kanenaga, an ancestor to the family who currently owns the company, was chosen as a swordsmith for the Emperor of Japan. The Emperor was so impressed with the quality of his blades that he permitted Kanenaga to use the coveted royal Chrysanthemum mark on them.

As the demand for hand-forged swords declined, the Kanenaga family founded their modern company in 1868. The production method resembles the old guild style of manufacturing found in Europe and Japan. This process involves four master craftsmen who work on separate parts of the knife:

Today, the Chrysanthemum logo is found on all Kikuichi Cutlery and symbolizes excellence and an enduring connection to the royal family. 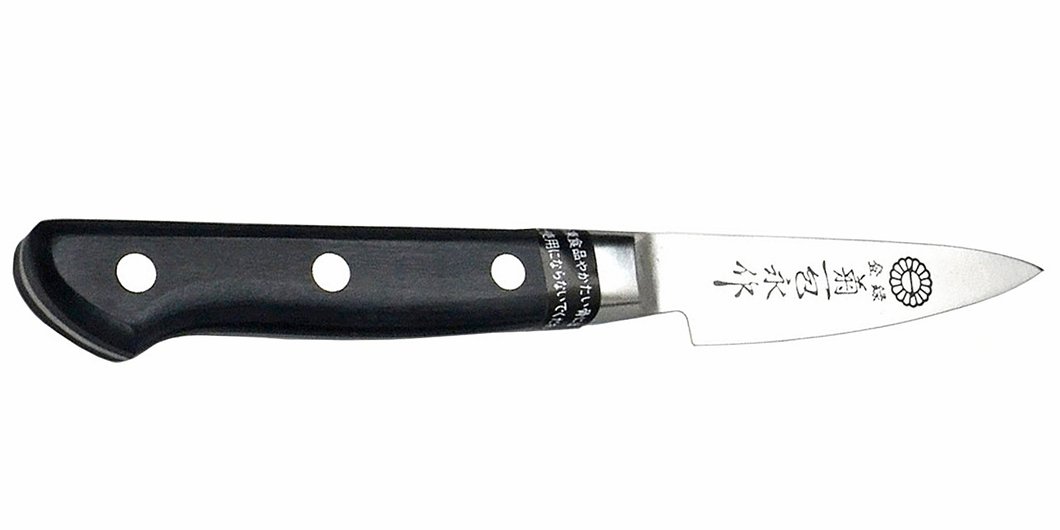 After a 50 year career at the helm of the company, Yasuo Matsuoka retired in 2017. Furthering their historic legacy, he handed the reigns to Ikuyo Yanagisawa, who became their first female President and CEO.

Stop by the Happy Eggplant to see our newest selection of Kikuichi Japanese knives and cutlery.

They make terrific gifts for showers, weddings, and the birthdays of all your favorite foodies!

TAKE A LOOK: The short video below takes you inside the company for an interesting view of the manufacturing process.